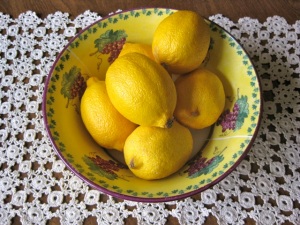 For this month’s visit with my mother, I had loaded the abridged version of A CHILD’S GARDEN OF VERSES on my Kindle. I didn’t expect her to follow the details—her dementia has blurred much of her understanding of anything she hears—but I hoped she might enjoy the sounds, the rhythms and flow of poetry. So when she was tucked in her bed, ready to go to sleep, I pulled the rocking chair up close. With the only light coming from a small lamp nearby, I began to read.

I ended up reading aloud all the poems to her. Her eyes would close and I’d think she was asleep. But when I’d stop reading, she’d say to read more. Then she began responding to some of the poems. For instance, “To My Mother” was one of the little poems in public domain, no author cited. She asked me to read it twice.

You, too, my mother, read my rhymes ~   For love of unforgotten times, ~ And you may chance to hear once more ~ The little feet along the floor.

Mom smiled and nodded, agreeing children ran to be read to, because they loved to hear words.  Her responses to the poems were a delightful surprise.  It was the most specifically responsive I’d seen her in a long time.

This is the last full week of September, World Alzheimer’s Month, and also One-on-One Month.  If you have someone in your life who suffers with dementia or Alzheimer’s and doesn’t respond to other things you’ve tried, I recommend you try some One-On-One time reading aloud simple or familiar children’s poems. September is also Self-Improvement Month, and I have no doubt that reading aloud poetry to my mother by lamp light certainly improved me.

September 26 is Johnny Appleseed Day. (Isn’t September a fascinating month?) In fourth grade I did a report on pioneer and nurseryman John Chapman (1774-1845), who made it his mission to plant apple seeds throughout numerous states. I was so impressed by his efforts that I passed out sections of apples to the other students so they could save the seeds and imitate him.  (One of the boys swallowed his seeds to see if he could grow a tree in his stomach. Some things are wasted on 4th graders, I guess.  We all hoped leaves would grow out of his ears.)

Anyway, John Chapman’s vision is even more important this month during the epidemic of a fast moving viral respiratory infection that is hospitalizing children across the country. There is no immunization or miracle drug, but two doctors from the CDC stated that the acid in lemons and the pectin in apples appear to be helpful in deterring the illness.

And finally, September 21-27 is World Reflexology Week. Oh, if only Mom could shake the dementia, she could teach us about the pressure points on hands and feet to release stress, diminish pain, treat sinus infections, and improve energy.  You can Google reflexology for resources and diagrams to get started.

Enjoy this last full week of September. Another of the poems I read to my mother was “Autumn Fires,” about burning leaves. She had me read it aloud twice, and the final lines had her smiling: …The red fire blazes, ~ The grey smoke towers, ~ Sing a song of seasons! ~ Something bright in All! ~ Flowers in the summer, ~ Fires in the fall! 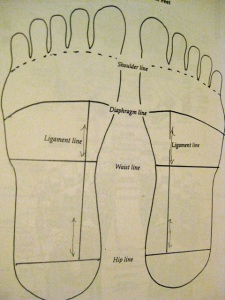 My version of Green Eggs and Ham. (Pictures by Marylin Warner)

My dad often reminded me to not wish my life away…to never want a day or event to come so quickly that I overlooked the gifts of today.   He was a wise man.

In keeping with his advice, I will celebrate today—National Bacon Lover’s Day, rough work but somebody has to do it—and at the same time applaud Dr. Seuss’ GREEN EGGS AND HAM.

Combining special days and foods is a form of multi-tasking, and if the green in my scrambled eggs comes from spinach, it’s actually kind of healthy. Right?

September is almost here, and oh, how I love September.  The rose bush that had given up for awhile now shines with one last rose of summer; the deer visit our back yard at will; and our neighborhood is alive with the laughter of helmeted school children learning to ride their bikes without training wheels. Three cheers for September!

Still cringing from last week’s  “pre-emptive sympathy card,” I’ve decided do something much more fun and make “pre-emptive preparations” for some of September’s special days. For instance, how much more fun will it be on Sept. 5th “Be Late For Something Day” if we carefully decide in advance what we’ll be late for, and how we’ll make our late entrance.

Or if we give it some advance thought, on Sept. 6th we can Fight Procrastination with a specific plan that must be implemented on that day. And if we struggle with long-held superstitions, we can plan a strategy for Sept. 13, which is Defy Superstition Day, and then reward our efforts on the 14th by enjoying National Cream-filled Donut Day. The really good news is that many bakeries make delicious Maple Bacon Doughnuts, which brings us back to Bacon Lover’s Day…see how it all works together? Amazing, isn’t it? 😉

On a more serious note, September is also the AKC’s Responsible Dog Ownership Month, Childhood Cancer Awareness Month, Hunger Action Month, Baby Safety Month, and for parents of children hurrying back to school or happily embracing play dates, it is also National Head Lice Prevention Month. (Which you know is nothing to laugh at if your children have ever come home with head lice.)

September is Prosper Where You Are Planted month, Healthy Aging Month, and in memory of my father who told me to never overlook the gifts of today–and also in honor of my mother who still lives that example on a daily basis–I also point out that September is World Alzheimer’s Month.

As we appreciate and remember the wonderful days of each month , may we also continue to work for a cure for Alzheimer’s and dementia. Memories are important; we need to do all we can to protect and preserve them.

Believe it or not, but one effective preventative for head lice is rinsing the hair and scalp with original Listerine.

A deer stops by for a visit in our back yard. He jumps over the fence as if it’s not there. Help yourself to the zucchini, fella…we’ve got plenty.

DO YOU KNOW WHAT MONTH THIS IS?

If you’re a writer, did you realize that September is–drum roll, please–“Be Kind to Editors and Writers Month”?

I kid you not; I just don’t know who exactly has the power to designate these special days. But for the sake of celebration, and this post, we’ll accept it. The entire month we’ll be kind to editors and writers. Especially one.

Yesterday, Sept. 1, was Emma M. Nutt Day (she was the first woman telephone operator). And today, Sept. 2, is (brace yourself)  National Beheading Day (In this country? Really?–again, who thinks up these things?)

Sept. 6 is Read A Book Day, which fits our theme better.

Today I’m going to offend whoever decided on making this National Beheading Day. This is my blog, after all, so I’m declaring today “Appreciate Writer Mary Elizabeth Hoover Shepherd Day,” and the illustrated story we’re going to appreciate is “Stubby the Missouri Mule.”

In the state of Missouri, where summers can be dreadfully hot and the winters are beastly cold, all the farmers called him Stubby because he was the most stubborn little mule anyone had ever seen. (I’m going to paraphrase the story and include two of my mother’s hand-drawn illustrations. The story was written in 1961 when Mom was 43, and it most recently appeared in 1991 in “The Writers Bloc” of THE FT. SCOTT TRIBUNE.)

One day, a blizzard moved in quickly. Farmer Jim opened the barn and began moving his animals to safety. But not Stubby; he kicked up his heels and ran farther into the pasture. When his momma called, he pretended not to hear, and when the farmer looked for him, Stubby hid. At first he had great fun. Then it got dark, and cold. And scary. No one came looking for him, and he was lost. He startled a skunk and got sprayed; he was hungry–and smelly–but where was the barn? (Lots of misadventures happen.) Then, after Stubby’s dark, lonely night, by morning light he saw the barn in the distance. Instead of being angry, Farmer Jim welcomed the little mule, and Stubby happily jumped in a snowdrift and rolled and rolled to get clean. That night, when the farmer opened the barn to shelter the animals, Stubby didn’t even have to be called. For once, he’d forgotten to be stubborn.

I apologize for my CLIFF’S NOTES summary of a charming story for children, but I also honor the author, Mary Elizabeth Hoover Shepherd, by declaring today, September 2, as her day on this blog.

September is “Be Kind to Editors and Writers Month.” When a writer is 94 and doesn’t remember her story of a darling stubborn Missouri mule, or any of her other stories, articles and poems, a little kindness and appreciation by those of us who do remember for her is the least we can do.