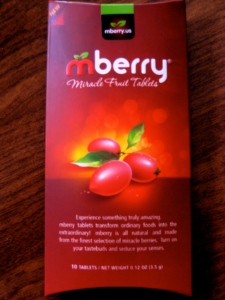 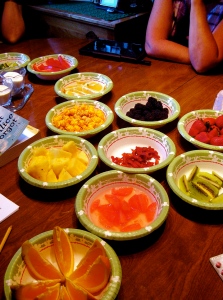 All pictures by Marylin Warner

She arranges twelve plates on the table, all kinds of fruits, fresh and dried vegetables, flavored popcorn, and a plate of dark chocolate. There are six writers at the table, and they each take one bite of each food.

Then Mary gives each person a pink tablet, a single MBerry, the “Miracle Fruit Tablet,” that takes a few minutes to dissolve on the tongue. For a man’s perspective, my husband Jim has been invited to participate in this Wednesday’s writing group—or at least the food experiment—and we’re all fascinated with each step.

The tastes of the foods after the MBerry tablets dissolve are staggeringly altered. The tart limes and sour lemons are sweet; the dark chocolate is an entirely new flavor; some of the tastes are deliciously unrecognizable, and so on. Numerous adjectives are applied to each food. 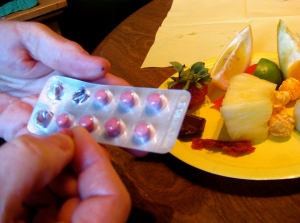 Mary Zalmanek, one of my Wednesday writers, regular contributor to both RV and MOTOR HOME magazines, and author of THE ART OF THE SPARK, has furnished an amazing experience…and writing prompt.  She says that MBerries are more than just a fun game. They can be great diet foods, giving fresh fruits or veggies the tastes of exotic desserts, and that inspires others come up with more delicious possibilities, too.

For me, this fun experiment that has us all laughing is also a sobering reality check. It gives me a first-hand sample of what my mother, and my dad, before he died of Alzheimer’s—and other dementia and Alzheimer’s patients—struggle with at meals. They can no longer recognize formerly familiar foods; the tastes and smells confuse them, and this often diminishes their appetites. They lose another interest and another memory.

Tomorrow, July 2, is I FORGOT DAY. It’s a day of awareness: what do we want to remember; what would we like to forget? If we have a bad day on Tuesday, or any day, we can choose to either remember it or forget it.

Choose is the key word here. Those who suffer with memory loss, head injuries, dementia or Alzheimer’s, do not get to choose.

For the rest of us, tomorrow–or the day after, or any day–is a good day to do what we can to help them: listen and appreciate their efforts, share stories we know about them and their interests, or take them out for a walk or a ride in their wheelchair—crossing the threshold of their confinement—to see, hear, touch, smell the places they’ve forgotten since their last outing. It’s worth a try. 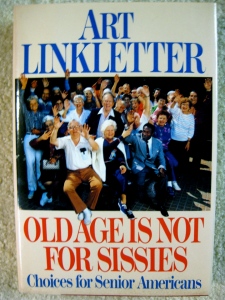 Art Linkletter was right; old age is not for sissies. And neither is Alzheimer’s or dementia.

Filed under Dementia/Alzheimer's, experiments, just doing the best we can, lessons about life, life questions, making a difference, memories for great-grandchildren, recipes, writing

Tagged as Alzheimer’s/dementia, Art Linkletter, changing tastes, I Forgot Day, July 2, loss of taste and smell, Mary Zalmanek, MBerries, OLD AGE IS NOT FOR SISSIES, THE ART OF THE SPARK

HOW WE SPEND OUR DAYS 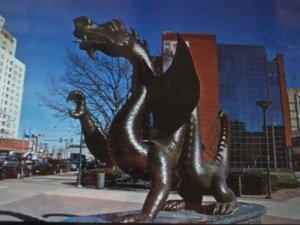 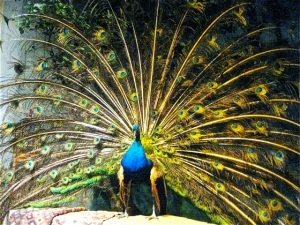 Think like a peacock and decide when to show your brilliance.

Mark Twain wrote, “Twenty years from now you will be more disappointed by the things you didn’t do than by the ones you did. So throw off the bowline, sail away from the safe harbor, catch the trade winds in your sales. Explore. Dream. Discover.”

Twain’s words are a good introduction for April 23rd, TAKE A CHANCE DAY. At work and at home, with long-range plans, fragile hopes or heartfelt dreams, now is the time to take a chance, give a goal your best shot, or think like a peacock and proudly spread the feathers that show your brilliance.

Or, for a lighter endeavor, April 23rd is also “TALK LIKE SHAKESPEARE DAY” and “INTERNATIONAL NOSE PICKING DAY” (I couldn’t find out the original source for this second one, but I can guarantee it wasn’t my mother, at least not for public behavior).   April 23rd is also “SLAY A DRAGON DAY,” which can be a nudge to either slay your own personal dragons or slay dragons of all kinds, everywhere.

Here’s an interesting response to the day for slaying dragons. Writer, painter and sculptor Brian Andreas wrote, “Anyone can slay a dragon…but try waking up every morning and loving the world all over again.”

April 23rd is pretty much like every other day in April…and every month of the year. It comes with opportunities and challenges, joys and sorrows, the feelings of success or the struggles of going two steps forward and one back…or three steps back. At the end of the day there can be a sense of exuberance or exhaustion, or sometimes numb relief. Whatever it is, each day belongs to each of us, to do with it as we will. 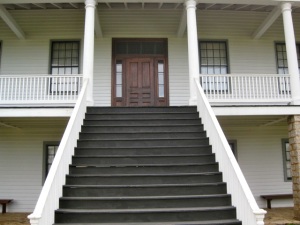 Taking the stairs instead of waiting for an elevator.

Filed under Dementia/Alzheimer's, importance of doing good things, just doing the best we can, lessons for great-grandchildren, special days in April, special quotations 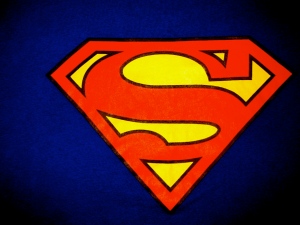 S is for sustainability. Get the details below. 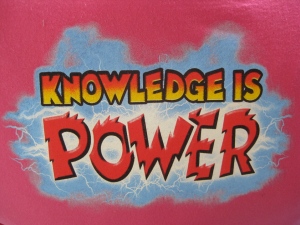 In 1983, long before my mother’s dementia, she and I attended a writing conference at Avila College in Kansas City. At the luncheon, when a trophy was given for the best contest story written by an unpublished writer, one of the women at our table had to go up and accept it on behalf of the writer. The actual winner—a mother with several young children—paid the entry fee to enter her story and receive a critique, but she hadn’t been able to afford the cost of the conference and luncheon, plus child care and transportation, so she wasn’t present to receive her own hard-won prize.

Mom and I, as well as many women writers around us, felt strongly that the priorities were way off base. Instead of giving trophies that would gather dust on a bookshelf, wouldn’t it be more helpful to offer scholarships for mothers who needed financial help to reach their writing goals?

Oh, how I wish the heavy curtain of dementia would lift so Mom could see the assistance becoming available for mothers who are also writers and artists. And she’d be thrilled that it’s open to women everywhere.

The SUSTAINABLE ARTS FOUNDATION offers up to five awards of $6,000 each, and up to five Promise Awards of $2,000 each for writers and artists who have at least one child under the age of 18.   Winners may use the funds for materials, conferences, equipment, classes, daycare assistance, or for anything that will aid them in reaching their creative goals.

Go to this website for the required entry form and complete guidelines: www.sustainableartsfoundation.org

Please share this opportunity with friends, family, deserving neighbors, and the waitress who has been penning short stories or painting murals during her breaks and while her children are in school. Encourage creative hopefuls.

Albert Einstein said,“Creativity is contagious. Pass it on.” 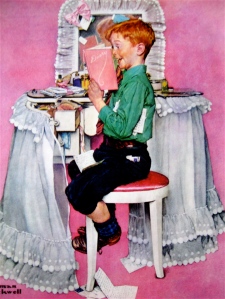 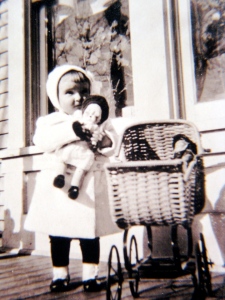 Mom was VERY young when she learned that babies take a lot of time away from writing…and learning to write.

Tagged as Alzheimer’s/dementia, Avila College, financial awards for mothers who are writers or artists, numerous art and writing categories, open to all mothers of children under 18, Sustainable Arts Foundation 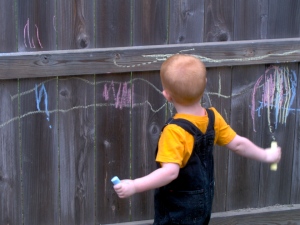 Write in chalk on a fence, in crayon on lined paper… let go and write! It’s only 10 words. (Photographs by Marylin Warner) 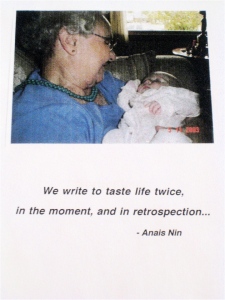 The cover page of the private book I put together of my mother’s poems, stories, illustrations, and essays.

When Dad was in the last years of Alzheimer’s, remember how I used to search for very short writing contests that would help us “keep the pen moving” during that hard time?  I remember finding a flash fiction contest—a story or poem of no more than 200 words—and since I was coming to visit you several weeks later, when I told you about it over the phone, we agreed to each have an entry ready for the contest when I arrived.

I wrote an odd dream-like story—it was 199 words, counting the title–and you wrote several Haiku poems on one topic and called it a narrative Haiku; your word total was something like 87 words. Neither of us entered the contest, but we had great fun reading our writing attempts to each other.  At your suggestion, we even “illustrated” our stories with colored pencils and crayons, which was really a hoot.

Sometimes that’s what writing is: accepting a challenge or pursuing an idea, doing the writing and rewriting, meeting a deadline, and then celebrating the process alone or with a fellow writer. You and I celebrated by going to the White Grill and laughing over coconut cream pie…and we also brought back pieces for Dad and his caregiver, even though they hadn’t written anything.  We were feeling generous.

Even though you like to have me read to you, Mom, you’re not interested in writing any more. But I still perk up every time I find a short-word-count writing contest with no entry fee and a great prize for the winner.  And guess what I found last week?  A 10-word writing contest!  Really!  How hard can it be, writing ten words? (Not easy, actually. They have to be the right words, but come on, step up to the plate, batters!)

I love the premise.  Supposedly, Ernest Hemingway won a bet by writing a short story of fewer than ten words. His was only six words:  For sale. Baby shoes. Never worn.

When I taught my Writing To Publish classes for high school seniors, I assigned them to write their own six-to-ten word short stories.  Some really loved the challenge. Others hated it.

Love it or hate it, it’s a creative mind-boggling, teeth gritting, writing activity.  It’s a challenge.

Gotham Writers is again offering its 10-word short story contest.  Last year’s winner was Ingrid Bohnenkamp of Springfield, MO.:  The city burned. Alice lit up, watched. She’d quit later.  One of the finalists I really enjoyed was by Dan Moreau of Chicago: The inmate always called, wrote back, easily her best boyfriend.

The entries are submitted online by May 5, 2014, so you don’t even have to pay postage. There’s also no entry fee.  Only one entry per person.  For full details and prize:

What do you think, Mom, will any of our friends enter the contest? I hope so.  It’s not like they have anything to lose, and there is a lot to gain. If they do the work and meet their deadline, they can go out and treat themselves—and maybe their friends who also entered—to coconut cream pie! 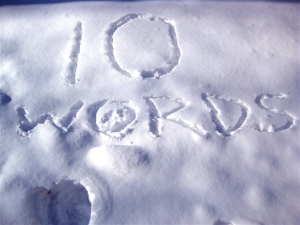 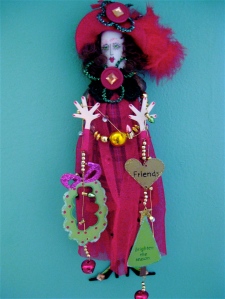 Ten Words? That’s the number of fingers on two hands. Count’em. You can write ten words!