What is your ONE WORD?

If you can’t pronounce a word, it’s probably not the right one to make Your Word. (Picture by Marylin Warner) 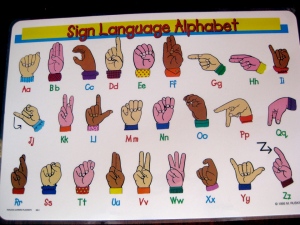 Several months ago, I wrote a post titled “Ten Words.” It included a contest for short-short-short stories of no more than ten words. In this post, I’m asking you to think about only one word—your ONE WORD—but you don’t have to enter it in a contest.

Before her dementia, my mother was the master of one-word comments and questions. With slight variations in her facial expressions, she made her point very well. “Why?” was more than a question; it was a warning to rethink an action or an attitude. “Wait” conveyed her philosophy: patience was a virtue; she had faith enough to wait and trust how things would work out.  My mother’s one-word statements or questions were a perfect example of Shakespeare’s writing advice: “Suit the action to the word, the word to the action.”

Regardless of how you feel about football or the Super Bowl, one NFL quarterback has renewed the interest in “One Worders.” Bronco Peyton Manning has been using his one word shouted at the line of scrimmage– “Omaha”–for years, and he plans to stick with it. Granted, the Broncos lost this year’s Super Bowl, but the Nebraska town (Manning has never lived there) named its zoo’s new-born penguin “Peyton,” and a local ice cream parlor named a new flavor “Omaha, Omaha,” to go with the orange-vanilla mixed with blue malt balls…Bronco colors. The Omaha Chamber of Commerce presented Manning with a $70,000 check for his foundation for at-risk children.

What is your ONE WORD? What is one word you believe in, hope for, use as motivation…or use only because it means something to you, and you don’t tell others why you use it? Physician and writer Oliver Wendell Holmes said, “A word is not a crystal, transparent and unchanging; it is the skin of a living thought…”

Years ago, I was volunteering at the Episcopal Women’s Thrift Shop and came across a hand-stitched, framed sampler that someone had discarded to be sold in the shop. No one else seemed to like it–or maybe they didn’t understand it–but the word spoke directly to me. It became my One Word nudge, inspirational reminder and personal challenge: YAGOTTAWANNA

What’s your One Word?  Or, what is the word you once used but then gave it up?

My ONE WORD choice. (Picture by Marylin Warner) 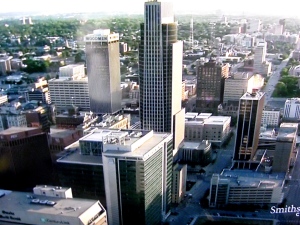 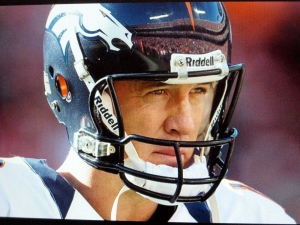